Experts Predict Where US Home Prices Are Headed

Home prices have risen in most U.S. markets this year, with most states reaching price levels not seen since the real estate boom year of 2006. How long will they continue to rise? Check out these predictions from four top housing economists:

“We are in a multiyear housing recovery. For the next five years, we think four of those next five years will be an improving year in terms of home sales given the size of the pent-up demand, provided mortgage rates rise in a modest way.” 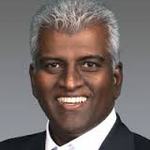 “Most states are reaching price levels not seen since the boom year of 2006. Our data indicates that this trend will continue, with more states hitting new all-time peaks this year and into 2015 as the recovery continues.” 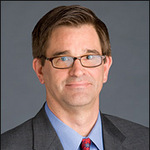 “On the demand side, there appears to be a conservatism among consumers and their willingness to take on big-ticket purchases, such as homes. We currently estimate that 2014 will finish lower in total sales figures than 2013 – and that 2015, while stronger than 2013 and 2014, will not be the breakout year some are expecting.”

“House price growth was very strong in 2013 but we don’t expect a repeat performance. Instead, we see housing prices moderate over the next couple of years before settling into its long-run average of about a 1 percent real house price growth per quarter.”

Wondering what your home is worth in today’s market? Contact me at laura.rossinow@gmail.com and we can discuss it.