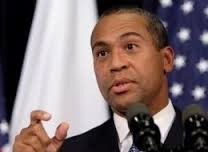 Governor Deval Patrick has rejected a controversial bill that was designed to help owners of homes that went through messy foreclosures in recent years.

The measure was pushed by title insurance companies and advocates of people who tried to sell or refinance homes that had gone through foreclosure, only to be stalled by lingering problems with property titles.

The legislation would have cut the time people have to challenge titles and foreclosures in court from 20 years to three. This would help the new owners of foreclosed properties, supporters say, because they wouldn’t be stuck in limbo for years, waiting for the time limit to expire.

Lenders pushed through record numbers of foreclosures in the mid-2000s, but in 2009, a state court ruled that many of those foreclosures were flawed because of shoddy paperwork. Many people who bought the homes subsequently found themselves with clouded titles.

Patrick returned the bill to lawmakers with an amendment, asking them to give consumers 10 years to sue over titles instead of three. Patrick’s action effectively kills the legislation since the Legislature, which adjourned for the year at the end of July, is not expected to take up the amended bill.

Patrick, in his letter to legislators, said: “Certainty of a title is a good thing — it helps the real estate market function more smoothly. But this certainty should not come at the expense of wrongly displaced homeowners, or at least, not until we have put this period further behind us.”

Richard Serkey, a lawyer and board member of the Real Estate Bar Association for Massachusetts, called the governor’s decision unfortunate. “There are a whole category of people who bought property in good faith who can’t refinance and can’t sell their properties,” he said.

But Grace Ross, coordinator of the Massachusetts Alliance Against Predatory Lending, called Patrick’s action a “a measured response.”

She said families whose homes were taken by banks during the height of the foreclosure crisis should have several years to sue.

The bill that passed the Legislature law would curb their rights, she said: “If you have a valid legal challenge, you should have your day in court.”

Foreclosures are well below their peaks reached during the worst of the crisis in 2007 and 2008. Even so, foreclosure activity has jumped this year as lenders work through a backlog, according to the Warren Group, a real estate tracking firm. Lenders started 3,264 foreclosures in the first half of 2014, up more than 10 percent from the same period in 2013.

Nationally, some of the biggest banks, including Bank of America, have agreed to pay billions of dollars in settlements over faulty lending and foreclosure practices.