When Its Better To Rent A Home In Retirement 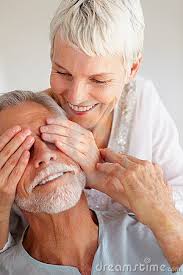 Retirees who need flexibility sign leases instead of mortgage documents. Many argue its best to own a home in retirement instead of renting one. But there are exceptions.
Owning is more predictable — even if you don’t own your home free and clear. There’s no landlord to increase your rent or tell you to move; with a fixed-rate mortgage, your monthly payments are set.“With a fixed-rate mortgage, you can control the principal and interest components of the mortgage. You can also control when that gets paid off,” said Greg McBride, senior financial analyst at Bankrate.com. Owning a home also opens up the possibility of getting a reverse mortgage to help with cash flow, he said.

A recent analysis from the Mortgage Bankers Association’s Research Institute for Housing America concluded that retirees generally come out ahead when they’re homeowners.

“The study found older Americans who own their homes are more financially secure and generally experience fewer impediments to good health than their peers who rent,” said Michael D. Eriksen, a professor at Texas Tech University and an author of “A Profile of Housing and Health Among Older Americans.” Moreover, renters often have difficulty modifying their spaces if they acquire any physical ailments as they age, he added. Gary V. Engelhardt of Syracuse University and Nadia Greenhalgh-Stanley of Kent State University also co-wrote the study.

That said, there are situations where signing a lease beats a mortgage — even during retirement. Ask Sally Gavin, a recently retired teacher who, with her husband, sold a house in the Chicago suburb of Lake Forest to move into a rental apartment building in downtown Chicago.

“We don’t need a five-bedroom house anymore, and we weren’t ready to make a commitment for a condo,” she said. And they’re not sure when, but the couple will likely eventually relocate to Austin, where their son lives. In the interim, they decided to live in a “fun” place, where they could walk everywhere and have easy access to all the cultural attractions downtown Chicago has to offer.

For Gavin and her husband, renting affords them flexibility. And that flexibility is a big reason retirees turn into renters — at least for a while. Retirees may rent to try out living in a new location. Or they can rent to see if they like being snowbirds, spending the colder months where the weather is warm.

Flexibility is also helpful when financial or health situations change, requiring a move to a less expensive place, to a place closer to family, or to a care facility, said Tammy Kotula, spokeswoman for Apartments.com. Renters don’t have the burden of selling a home should those issues arise.

Plus, apartment living comes without some of the hassles of homeownership, said Lauren Boston, staff writer for the National Apartment Association, in an email interview.

“Many retirees are looking for the same experience as that of their Millennial children or grandchildren — they want to live in an all-inclusive place where they don’t have to worry about maintaining a home,” she said. What’s more, renting an apartment might be best for those who want to be within walking distance of cultural activities, stores and restaurants, Boston added.

For those with insufficient retirement savings, renting could also be a good option, said Kevin R. Worthley, a financial planner in Rhode Island and vice president of Wealth Management Resources. Instead of tying up money in a house, an asset that typically appreciates at a slow pace, some might be better off renting in retirement and considering other alternatives for their money, he said.

Owning for the long haul

But for those planning on living in a place for an extended period — and for people who can afford to own — many argue the perks of renting in retirement are often not worth it. Of the more than 47 million households of people 55 and older, 80% are homeowners, according to the MBA study.

With homeownership, there may be surprises like a broken washing machine or air conditioner that needs replacing, and there are regular maintenance costs. But don’t think those costs and taxes aren’t baked into a rent payment as well, said Bankrate’s McBride.

Forty-four percent of renters 65 and older spend more than 30% of their annual gross income on rent, according to the MBA study. Meanwhile, median housing equity for homeowners of that age is $125,000, and half of the typical homeowner’s portfolio is made up of housing wealth. For those with mortgage payments, they typically pay a monthly amount equal to 16% of their annual gross income.

“Renting for a short period of occupancy makes all the sense in the world,” McBride said. But for those planning to stay in a home for the foreseeable future — and especially for those on a fixed income — homeownership often wins out.

When its better to rent a home in retirement