Do You Have These Dangerous Products In Your Home?

Do You Have These Dangerous Products In Your Home? 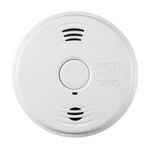 Kidde is recalling about 1.2 million home smoke and carbon monoxide detectors. The recalled models are i12010S, il2010SCO and KN-COSM-IB. The model number and manufacture dates are printed on a label on the back of the alarm.

The alarms are hard-wired into your home’s electric power and were sold by CED, City Electric Supply, HD Supply, Home Depot, Menards Inc. and other retailers, electrical distributors and online at Amazon.com, HomeDepot.com and shopkidde.com from January 2014 through July 2014 for between $30 and $50. 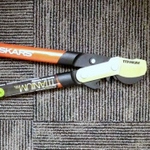 The lopper handles of these 32″ bypass shears can break when attempting to cut branches, posing a risk of serious injury and laceration. This recall involves about 277,000 loppers sold at Home Depot stores nationwide and online at HomeDepot.com from May 2011 through June 2014 for about $40.

“FISKARS” is printed on one handle and product identification information, including model number 6954, is printed on a label on the opposite handle above the barcode.The firm has received 11 reports of incidents involving lopper handles breaking, including reports of bruising and lacerations, some required stitches to the head and face. 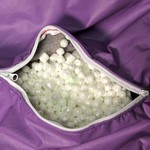 The recalled chairs with zippers that open were sold in a variety of sizes, shapes, colors and fabrics. They include round or L-shaped, vinyl or fabric, and are filled with polystyrene foam beads. They were sold in a variety of colors, including purple, violet, blue, red, pink, yellow, Kelly green, black, port, navy, lime, royal blue, turquoise, tangerine and multi-color. “ACE BAYOU CORP” is printed on a tag sewn into the bean bag chair’s cover seam.

The recalled bean bag chairs were sold at Bergner’s, Big Lots, Bon-Ton, Boston Store, Carson’s, Elder-Beerman, Herberger’s, Meijer, Pamida, School Specialty, Wayfair, Walmart and Younkers stores and online at Amazon.com, Meijer.com, Walmart.com and other websites before July 2013 for between $30 and $100. 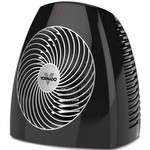 This recall includes about 79,000 Vornado VH110 Whole Room Vortex electric space heaters sold in two colors, black and white. The heater can overheat and cause the units to melt, catch fire and ignite nearby items, posing a fire and burn hazard to consumers.

The heaters were sold at Bed Bath & Beyond, Home Depot, Menards, Orchard Supply, Target and other retailers nationwide and online at Vornado.com and Amazon.com from June 2013 through May 2014 for about $60. 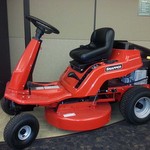 Weld on the drive axle can fail resulting in loss of brake control, posing an injury hazard. The 8,500 Briggs & Stratton Snapper Rear Engine Riding Mowers recalled are red with a black fuel tank, steering wheel and seat. The name Snapper is printed on both sides of the mower. The mowers were sold at Family Farm stores, Power Equipment Direct and Briggs & Stratton Snapper dealers nationwide from April 2013 through May 2014 for between $1,300 and $2,000. 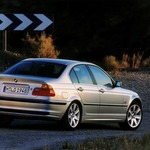 Over seven million Toyota, Honda, Mazda, BMW, Nissan, Mitsubishi, Subaru, Chrysler, Ford and General Motors vehicles may have been recalled because they have defective Takata airbags. The recall was first issued 18 months ago but was updated in October.

Many of the vehicles involved were shipped to Florida, Puerto Rico, limited areas near the Gulf of Mexico in Texas, Alabama, Mississippi, Georgia, and Louisiana, as well as Guam, Saipan, American Samoa, Virgin Islands and Hawaii.

The Safercar.gov VIN lookup tool will tell you if your car is involved in the recall.