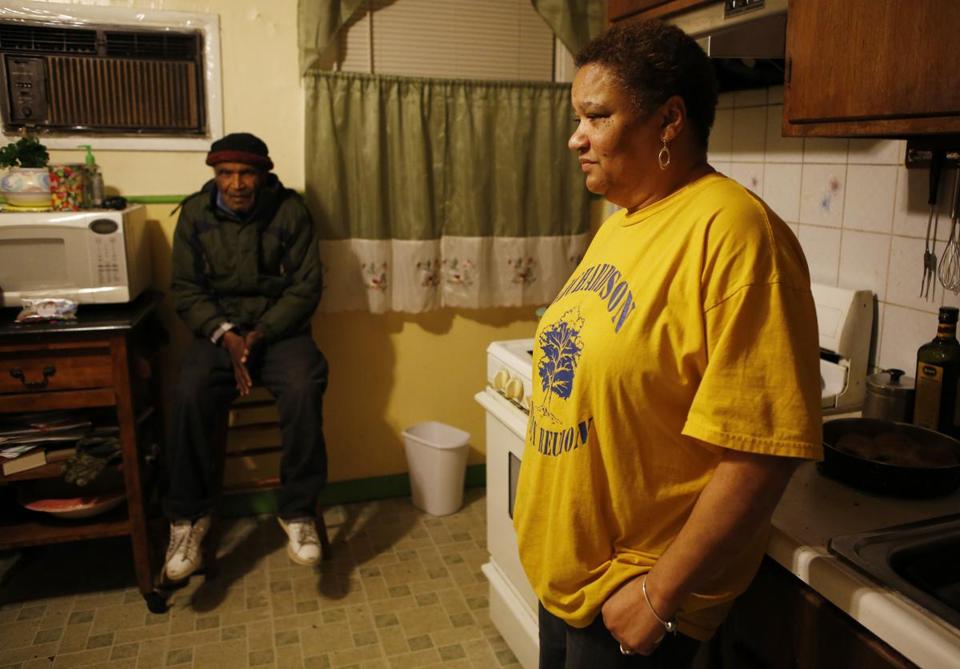 JESSICA RINALDI FOR THE BOSTON GLOBE

With temperatures falling into the single digits, some 50,000 low-income heating oil customers in Massachusetts have exhausted fuel assistance for the winter, leaving many in danger of losing heat even as millions in additional funding for the benefits remain tied up in Washington.

The release of an estimated $13.5 million in federal fuel assistance due the state is still awaiting approval from the Obama administration. Meanwhile, advocates for the poor are pressing the state to provide additional money to help meet the growing need.

About 200,000 Massachusetts households rely on government assistance to help heat their homes each winter — among them, 71-year-old Alfred Murray of Mattapan.

Murray, a retired chef who relies on an oxygen tank to help him breathe and suffers from arthritis, says he is not sure how he will keep the heat on the rest of the winter now that his fuel assistance has run out. “I’ll just be without,” he said. “I’ll have to use my oven.”

He received $950 in fuel assistance this year, but estimates it costs up to $1,200 each time he fills the fuel oil tank to heat his four-bedroom Cape Cod-style home.
If more money becomes available, people like Murray could receive additional grants. Fuel assistance tended to last longer into the winter in the past, but the combination of reduced funding and high energy prices has resulted in the money being depleted sooner.

The amount of money appropriated by Congress for fuel assistance has declined to $3.4 billion this winter from $5.1 billion in 2010.

While the assistance applies to all types of fuel, oil customers are most at risk because when their oil tanks run dry there is no heat, unlike gas customers, whose utility service cannot be shut off during the winter under state law.

In Massachusetts, oil heat customers go through about four tanks of oil a winter. At one time, fuel assistance could cover about two of those tanks, said John Drew, president of Action for Boston Community Development, an antipoverty group serving Boston, Brookline, and Newton.

But with heating oil prices above $4 a gallon this year, fuel assistance generally covers less than a tank, Drew said.

As a result, Drew and other advocates are pressing Governor Deval Patrick and his administration to make $20 million in state funds available for heating assistance. The Legislature allocated that amount for heating aid last year, when officials worried that federal assistance would be delayed by the US government’s shutdown in October.

When the federal funds came through, the state appropriation was no longer available.

Massachusetts was allocated $135.2 million. So far, the state has received $121.7 million, with $13.5 million still sitting in Washington

Aaron Gornstein, state undersecretary for housing and community development, said the governor recognizes the pressing need for more aid. “It has been a cold winter so far, so we know that it is an important issue that affects people every day,” Gornstein said. “It’s something that we’re going to want to seriously consider.”

“When bitter cold is bearing down on needy families,” Markey said in a statement, “there is no time to waste to get them these life-saving benefits from the federal government.”

But Mark Wolfe, executive director of the National Energy Assistance Directors’ Association, a professional group in Washington, said those funds are still insufficient to meet the needs as fuel prices rise and temperatures drop.

“At the end of the day, even the extra money the state is getting is not going to be enough,” Wolfe said. “Families are running out.”

In Dorchester, Valerie Perry, a mother of three, said she is hoping for the best. Despite closing off the third floor of her home, lining the windows in insulating plastic, and using space heaters, Perry said she has already spent $1,140 on oil this winter.

Her 92-year-old father, who lives with her, qualified for $415 in heating aid and an emergency delivery of 200 gallons of free oil during a cold snap around the holidays. But the household budget is still tight, with college tuition to pay and a daughter still living at home.

Perry said the heating aid means she has money to pay other bills, such as electricity, and keep her head above water. “I don’t know what I would do without fuel assistance and emergency oil,” Perry said.